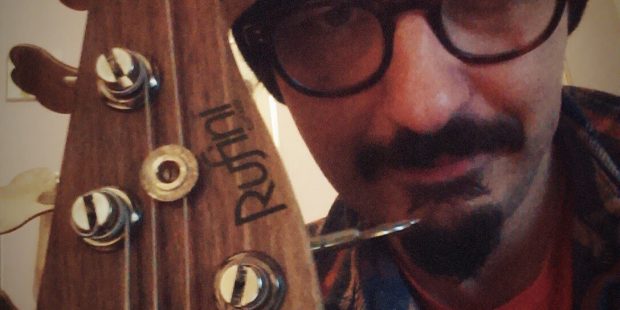 Vital Functions or: On why I enjoy playing “Mustang Sally”

…or “500 Miles” or “I Gotta Feeling”.
In the past few weeks I happened to have a similar conversation with different musician friends.
When they inquired about my activities and I said, amongst other things, that I play in function bands, I kinda got the same response which can be summed up with the question “Yeah, but do you enjoy that”?.
Interestingly the tone they pronounced that question gave voice to their own position on it. Some were curious and interested, some were condescending, some others were disgusted, almost if playing the usual function fodder is a stigma for a serious musician.

1) Playing in a well managed function band means always working on fresh music.
That way I keep myself from obsolescence and as a musician and producer that’s godsend.
I’ll mention that later, but I like to be an entertainer,so I’m very sensitive to what people like and what they dance to, and what sends them to the bar for another pint.
That, in my world means keeping up with how the audience ‘s taste changes and what makes a successful tune and I try to learn and incorporate that in my own songwriting and arranging toolbox. And from a musician’s point of view, that gives me an ever refreshed outlook on bass playing, which helps me heaps during a recording session.
On top of that, a lot of the new disposable pop is graced by infectious hook lines and hypertrophic melodies.
Absorbing them means being a more effective and exciting songwriter in ANY style.
Finally, being able to learning dozens of tunes in a very short time is a great exercise for your memorization and transcribing skills

2) It’s a groove workout.
From a bass player’s perspective, or better yet, for the kind of the bass player I strive to be, being able to internalize such an array of grooves and feels and deliver them with consistency and taste is exactly what the doctor ordered.

Every night I play I get to be James Jameson, Paul McCartney, Sting, Nathan Watts, Tony Levin, Bernard Edwards, Pino Palladino or Stevie Wonder’s left hand.
Not sure I’m completely up to the gargantuan task, but I’m keeping up fairly well and all that gives me versatility in sound and technique.
And those grooves are to die for! Try to play the original “Car Wash” song with the exact inflections and delivery. Did I mention one of my favourite bass lines EVER is “Oh, what a night?”. Along with Rush’s “Freewill” of course!
A sterling execution of even the simplest bassline is paramount to the sound of the whole band.
If you play 500 miles and the audience don’t dance it’s probably your fault (Or the drummer’s, he’s playing it too busy).
It’s also true that generally by the time you play THAT tune everybody is pretty drunk, but you get my point.

3) Ah, yes, entertainment.
I enjoy bringing happiness to the people; isn’t it a part of what we do?
A packed dance floor that sways to the rhythm of my performance is a joy to me. All those guys might have stressful lives or even present sorrows; you help them lighten up and bring them to a better place.
Putting up a show is an art and all the best in the business know that.
Lady Gaga, Megadeth, Beyonce, Rush (yeah!), The Foo Fighters, Pink Floyd, the list goes on.
Looking good and moving well onstage is part of the deal, even if you don’t play pop music.

4) Music is awesome. Even if it’s the Black Eyed Peas.
If you play a complicated tune, let’s say Dream Theater’s “Overture 1928″, you are challenged by the convoluted nature of the composition.
As a musician it’s so rewarding to play stuff that keeps you on your toes. “Call Me Maybe” is hardly a technical challenge, but offers other ways to fill your brain.
Pop works because its chord progressions are the stuff the very core of Music is made of.
Go play “You can’t hurry love” and wonder at the perfection of the turnaround that’s so perfectly employed there, along with all the tonic and subdominant substitutions (The Phil Collins version uses the II instead of the IV but I digress). Can you play that with the full awareness of the harmonic motion, feeling the pull of the third of the dominant chord towards the tonic resolution? How that III chord takes the place of the I and keeps the musical discourse open?
If you play “Don’t Stop Me Now” do you contemplate the rigor of the circle of fourths? How the temporary break from the tonal area in the bridge makes for an amazing resolution when he wants to make a supersonic man out of you?

5) It’s good money.
There is this theory that says that if you really want to be good at something you need to spend 10000 hours on it. Like the Beatles did in Hamburg playing covers in a brothel.
All the time you spend with your instrument is an investment, and even if you don’t get to practice your bebop chops or the Classical Thump (which you should BTW), that’s good for you!
I respect the point of view of those who say they want to separate their professional life from their creative side, because it keeps them focus better on their Music, but I’d rather get paid to travel the world and pluck those strings than have a day job and cut my instrument time.
And that money helps me survive, gives a boost to my motivation (I earn my living as a musician!), lets me buy better gear

But at the end of the day, I’m not an artist, I’m just the bass player!