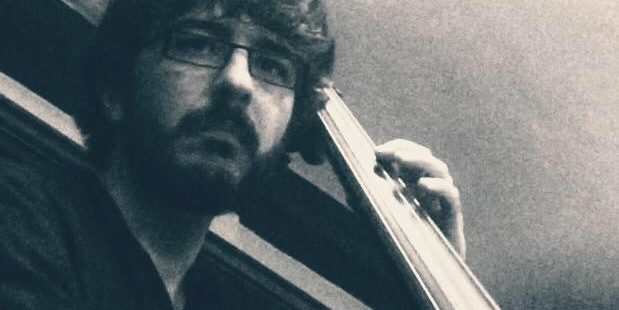 Tales From The Bandstand

Tales From The Bandstand: Love Hurts

August 28, 2016
Earlier this evening I had a jazz gig in a small pub in SW London with Lee Gold and Mike Horne.
And if you play with those guys you can’t phone it in, because the quality and the musicianship is so high that you need to be switched on all the time; you don’t want to miss the chance of being part of the interplay with such beautiful musos.
Having said that, tonight has been a bit of a hard one:
Sunday night gig after a full day at the end of a crazy week means you are exhausted. So you cut your losses and soldier on, trying to make meaningful music and connect with the others as much as you can.
Those guys deserve some good bass playing and it’s up to me.
So we are gigging and I’m totally unimpressed with my playing.
I’m convinced it’s one of those nights when the swing is too soft, the phrasing is unfocused, the brain is hopelessly two bars behind.
Lee is a generous band leader and she’s always leaving me room for soloing on almost every tune. So I play a solo (which I deem to be sub standard) on an early song and a polite, lone “jazz” applause comes from the small, but appreciative, audience. I raise my eyes to see a gentleman sitting at the bar, wearing a blue jacket who’s enjoying the show.
Whaddya know, I didn’t actually suck.
We keep playing and needless to say, my band mates are on fire. Lee takes a solo, sounds great. I take a solo. Bit meh. And dude at the bar claps again.
Ok then, I think; that’s weird.
Well. Here’s what happens next. The gentleman claps at the end of all my solos.
Every. Single. One.
I mean, he’s enjoying the performance thoroughly, cheering at the end of the tunes and reacting to the music, but he claps for me. Only. So I observe him and every time I look at him we lock stares.
All of a sudden I find myself with this funny feeling which is suspended between flattery and paranoia. I know there is one person in the audience who’s focused on me. And it’s a bit surreal because it’s not one of those nights when you play with musos who are less experienced so the difference is noticeable. If anything it might be quite the opposite!
So now I’m self conscious and can feel this guy’s eyes burning two holes on my forehead while I’m walking and soloing on charts that I have never played and that had the strange tendency of being in Ab major, every bassist’s favourite key (not)
Luckily, on the other side, I have this beautiful music happening around me which reclaims my attention (and probably preserved my sanity). Mike’s swing and groove is titanic and Lee’s fluid playing and sultry vocals kick my ass and keep me going. I also have a fan who’s giving me lots of love and I owe him to be the best I can.
It takes me a few tunes to shake the subtle paranoia and accept that tonight, despite my limited capacities, one gentleman in the audience had a great time also because of me and he felt compelled of letting me know.
And they say playing music is relaxing.
Check out Lee and Mike at www.leegoldmusic.com
Tweet