In Praise of the Snare Drum

One of my favourite activities when listening to Music is trying to guess the year a song or an album was released, just by the sound of the production. If you listen closely there are many clues that give away the age of a tune: the amount of reverb, the grain of the distortion of the guitar tones, some signature keyboard sounds, chorus or phaser on the bass, the distinctive coloration of some compressor unit.

But nothing gives away the age of a production like the drum sound.

A drumkit is a fairly complex beast. It can cover the whole acoustic spectrum, from the deep rumbling of the kick, to the frosty shimmer of the cymbals. I’d say that 60 % of the overall acoustic fabric of any modern production is created by percussion instruments. Even electronic acts, like Kraftwerk and moving on to Depeche Mode and all the electro pop of the 80’s and now Daft Punk or Skrillex or Moby have their own percussive signature sounds, that are distinctive and unique in their stylings.

We could say that a drum kit is not just an instrument, but a bunch of instruments, recorded together like a small orchestra (or in the case of Terry Bozzio a huge orchestra).

Let’s not forget that the drumkit is a fairly new contraption, it surfaced at the beginning of the XX century around New Orleans to allow one single musician to operate a number of percussion instruments that were previously shared between different performers.

And, as any orchestra you have different voices that interweave and create the shadows and the lights of the music, every drum or cymbal a single entity, and the soloist of the ensemble is without a shadow of doubt the snare drum.

For my non musician readers: if you take a simple drumbeat (the one in AC DC’s “You Shook Me All Night Long” will do) it’ll go: BOOM —- CHA! BOOM-CHA!

The BOOM part is the kick drum and the CHA is the snare.

As a listener I LOVE to concentrate on that short, snappy percussive sound that has the power to propel forward the whole tune. And its voice has a million implications.

It is unbelievable how even the slightest change in that sound affects the perception of the whole drive and mood of a composition. This is why pro drummers always bring a number of snare drums in the studio and sometimes play two or even three of them in a single execution of a song, depending on the section and how they (or the producer) want it to push forward or pull backward.

Snares come in different shapes and materials and they are LOUD, so loud that the room where you record reacts to them and becomes an integral part of the sound of the drum.

So, call me an overthinker, but a good sounding snare is crucial for my enjoyment of a song

I’m titillated by the initial attack of the sound, when you can appreciate the tuning of the skin and the size and kind of the stick or the mallet used by the drummer.

Then I move on to taste the body of the drum. Diameter, size, material. Wooden snares have a pleasant inherent sound: full, large, fragrant, fulfilling. To me at least. Metal Snares are fast, penetrating, ringing, definitive like a punchline to a good joke. Brass snares are still a mystery to me, I never seem to get them, but I keep on listening to Van Halen anyway.

And then the resonance of the shell of the drum, a definite note that reminds me that even if percussion instruments (apart from marimbas and the kind) are unpitched, they do sing in their own way and have their lyrical overtones.

Lastly, the air around the hit an the clever use of reverb to smooth off the sound or to cover up for some aggressive gating.

I’m fascinated by how the instrument reacts to the dynamics of the player. How the voice of the drum changes depending on the sound pressure and the strength of the hit.

I don’t think I can fully put into words the pleasure a 600 MilliSeconds sound can give me. If anything just take all this as an example of how deep you can go into the rabbit hole that’s the enjoyment of a well recorded music performance. 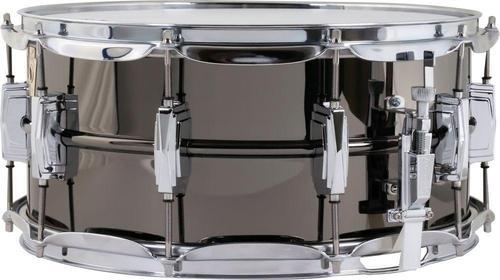