Yesterday I had an interesting conversation about the concept of “Loudness war” with my girlfriend.

For those of you who are wondering: In recent times, especially after the advent of the Ipod culture, producers and mastering engineers tend (or are asked, even forced) to enhance the perceived volume of any given song they’re working on. They do that by compressing the audio signal (literally “squashing” it with various devices) so the difference between “loud” and “soft” is minimised as much as possible. The result is that the Music sounds louder at the cost of transparency and dynamic motion in the arrangement.

I know I’m simplifying too much here, but that topic alone would require many a webpage just to give you the basics of the concept; Google “loudness war” to find out more about it, plenty of luminaries (Including Bob Katz, master engineer extraordinaire) have expressed their opinions and perplexities on the subject.

So, anyway: a while ago my partner remarked about how she’s not able to listen to The Killers’ “Hot Fuss” because she finds it “hard to listen to” and “fatiguing”; she felt she could not enjoy the songs because something in the overall listening experience was “unpleasant” and “weird” and, interestingly enough, she found she could not appreciate the songwriting quality because she could not get over how the tune sounded.

This is actually the first time in my career as a musician, producer and music lover, that somebody who’s not an audiophile not only perceives the sonic artifacts of mastering compression, but is also annoyed by them. And she enjoys her music on her Ipod, cycling to work, so no fancy reference speakers.

I listened to the record (which I do like, BTW) again, and I understood her uneasiness.

The music comes at you in an indistinct blur. Sure you perceive the instruments (it’s a top notch production anyway), but the drum sound is reduced to a lifeless marmalade, no “air” around the hits, cymbals are squashed, the snare is anaemic (and I know how compressors sound, so I am pretty sure that the pre-processed drum sound must have been glorious and deep). On top of that, a soup of guitars and keyboards is splattered all over the place, no separation between the instruments’ motions, the bass notes are a guess. Mark Stoermer is a brilliant, brilliant bass player and every once in a while he throws in some clever chordal embellishments and I (a bass player myself) had to listen very close to be merely aware of their existence. The vocals are over compressed and enhanced to be comprehensible over the mayhem underneath.

And again, I’m pretty sure the pre – mastered sound used to be exciting, deep, raw, wide, tubey (or valvey, depending on which side of the pond you live on) energetic, with the right amount of gentle brutality a rock song must have to convey the hormonal outburst of the creators.

So, after all the effort you put in writing a song, arranging it, with its fortes and its pianos, recording it in an expensive state of the art studio, carefully calibrating the levels and the motions of the instruments, you take the result of your exercises in (or in conscious  lack of) finesse and you feed them to a machine that should simply tame the pesky waveforms and make them more enjoyable and exciting by “compacting” and “gluing” the mix together, but that, in fact, compresses the signal to a lifeless wall of audio stimuli, taking away all the contours and the shapes of the performance, the instruments’ voices, the dynamic design

And why would you do that?

Because, and here I might be actually quoting someone, if you put your Ipod in “shuffle” mode and your song comes after another one that sounds louder, yours will be perceived as wimpy and less powerful.

Which is not really an artistic reason, is it?

I understand the mild disappointment you might experience when you are enjoying your playlist and have to fiddle with the volume control to adjust the “loudness” of the tunes you’re listening to.

Actually now I wrote it down it definitely sounds like a “first world pain” (google it, it’s worth it!), but I digress…

I understand, I was saying, the trouble with the volume slider, but I’d like to remark that ipods actually have an option to “normalise” the output, meaning the mp3s will all sound at the same level.

And I do also understand that extreme mastering has a reason because a lot of people enjoy their music thru their earbuds or headphones (and that’s a very improper way to listen to music if you’re looking for an immersive experience) but I feel that somehow we’ve reached a point where the relationship between commercial needs and the simple act of enjoying recorded music is becoming dysfunctional.

I will not bore you with technical stuff, so here is a simplified concept for you to ponder: even with the most advanced technology, you can compress music only so much before it starts to blur, distort and be unpleasant, even to untrained hear, and that threshold has being already touched and in some cases surpassed.

Now, listening to loud music is a juvenile tendency and I do understand a teenager getting all pumped up to the Black Eyed Peas or Ke$ha or Megadeth or Skrillex (to each its own) but I wish there were some kind of regulations from the industry, to save eardrums and artistic expressions. 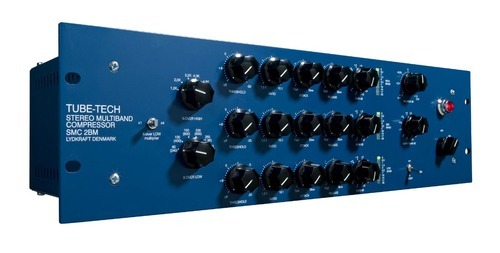